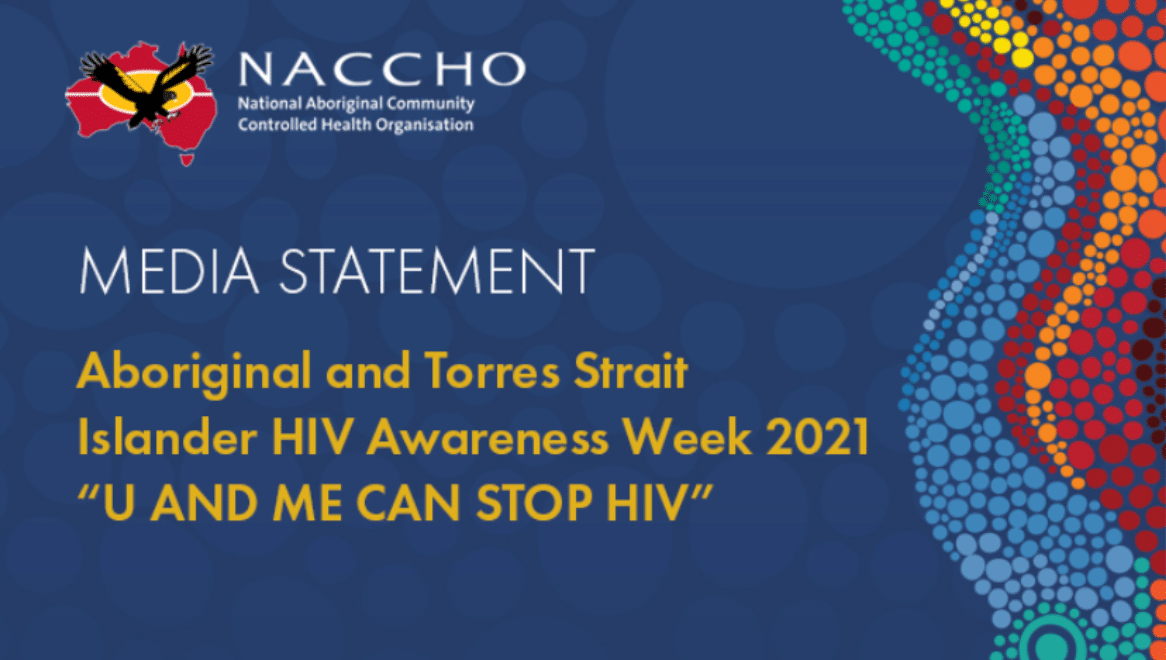 Aboriginal and Torres Strait Islander peoples continue to be disproportionately impacted by sexually transmitted diseases and blood borne viruses, including HIV. There is also an ongoing outbreak of infectious syphilis affecting young Aboriginal and Torres Strait Islander people. This higher prevalence of other STIs increases the risk of HIV transmission.

Professor James Ward from University of Queensland Poche Centre for Indigenous Health said, “ATSIHAW in its eighth year brings together researchers, health workers, policymakers and the community and gets the conversation going in our community about HIV prevention and the importance of regular testing for HIV. ATSIHAW empowers our community to take a stand on HIV Prevention with the ‘U and me can stop HIV’ campaign with 44 community events hosted by Aboriginal Community Controlled Health Services during the week of ATSIHAW 2021.”

The theme of World AIDS Day 2021 ‘End inequalities. End AIDS’ focuses on reaching people left behind and drawing attention to the growing inequalities in access to essential HIV services. This message also resonates with the Aboriginal Community Controlled Health sector.

“We have demonstrated that a commitment from the Australian Government Department of Health, in partnership with NACCHO, to provide direct funding for Aboriginal Community Controlled Health Services (ACCHS) to address the syphilis outbreak has produced some positive outcomes.”

“Over the last five years, the Australian Government’s public health response has built on the strengths of the ACCHS sector. NACCHO, together with members and other partners, has delivered increased rates of testing and treatment for STIs and BBVs. Though this sector-led response has seen some success, more must be done.”

“We thank the Australian Government Department of Health who so far have committed over $30 million over the next 3 years (2021 – 2024) to support locally developed responses to STI/BBVs.”

“To achieve the goal of eliminating HIV transmission in Australia for Aboriginal and Torres Strait Islander people, we need further investment for the scale-up of preventative measures, innovative approaches to increase access to culturally safe testing and treatment pathways and improved stigma reduction programs. More must be done to improve the HIV cascade of care for Aboriginal and Torres Strait Islander people, ensuring access to treatment and supporting people to achieve viral suppression. “U AND ME CAN STOP HIV’, the conversation needs to start now,” said Ms Mills.

Michael Brown, Sexual Health Project Officer, working with the Cherbourg Regional Aboriginal and Islander Community Controlled Health Services (CRAICCHS), 170 km north-west of Brisbane, in Wakka Wakka tribal country first discovered he was HIV-positive, when he lived in Cairns in far north Queensland. He is a firm advocate for My Health Record and is encouraging other HIV-positive people to use their record and take control of their health, knowing their privacy is protected.

NACCHO will continue to advocate for ongoing funding and work with our partner organisations including our Affiliates, the Australian Federation of AIDS Organisations (AFAO), National Association of People Living with HIV Australia (NAPWHA), Australasian Society of HIV, Viral Hepatitis and Sexual Health Medicine (ASHM) to address the disproportionate rates of sexually transmitted diseases and blood-borne viruses. This is an important step towards Closing the Gap. 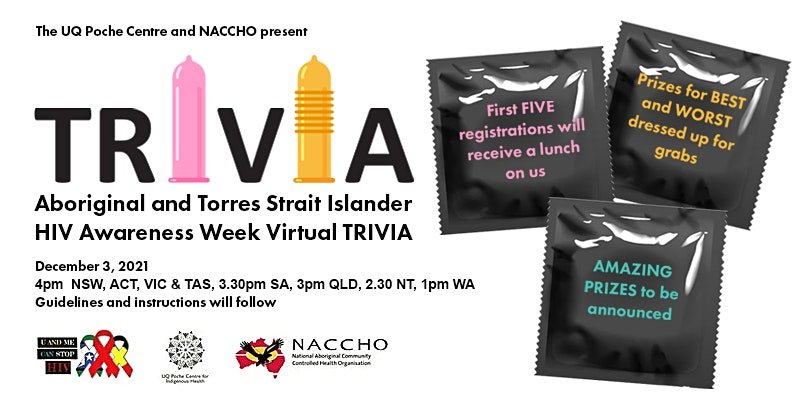 No shame is asking for an STI test